When it comes to websites, bigger does not always mean better. That's certainly the case with real estate websites. I think most would agree that, aside for ease-of use, the most important aspect of real estate websites is the accuracy of its data. You want to see all the listings available for sale, and no "stale" listings that are no longer on the market. Nothing is more frustrating to a home buyer than either missing out on available listings, or finding out that awesome listing you're looking at actually sold 2 months ago. Unfortunately, those scenarios are all too common on Zillow, Trulia and similar sites. Meanwhile our website does not suffer the same problems, as I'll explain below.

First I'll explain the classification of real estate websites. Zillow, Trulia and similar sites are considered "aggregators" or "portals." They get their listings via an amalgam of sources, including various listing syndication services, manual entry by agents or home owners. Not every agent sends their listings to them, and there is no regulatory authority presiding over them to ensure timeliness or accuracy. By contrast, IntownElite.com is a brokerage site. As a licensed real estate brokerage, we are members of the local MLS service. As such, we get a direct feed of listings from the MLS, including listings of all other local brokerages (not just our own listings), through an arrangement called IDX, or Internet Data Exchange. This listing feed is updated in nearly real-time, at least every 15 minutes. So, when a new listing goes active in the MLS, it's on our site within minutes. Similarly, when a listing is marked "Contingent" or "Pending" (meaning under contract) or "Sold" in the MLS, that listing is indicated thusly on our website within minutes. And finally, when the listing expires, it is removed from our website within minutes. 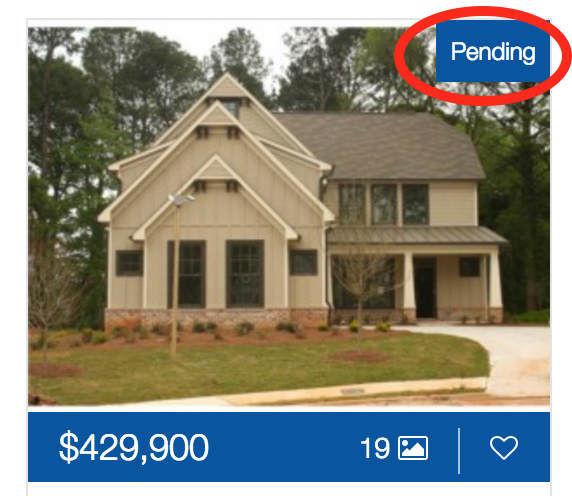 The rapid advancement of technology has impacted nearly every facet of our lives. As every child of the 80's knows, video killed the radio star. The music industry has seen much disruption since that song was released in 1979, from MTV to Napster to the iPod and now streaming services like Pandora and Spotify, the industry will never be the same. The internet has caused similar disruption in the travel and financial services industries, allowing consumers to shop and purchase travel tickets and securities without travel agents and stock brokers. So why hasn't the internet caused similar disruption in the residential real estate industry?

Well, it's not for lack of trying. Many companies have started with that intention, only to find that it's more difficult than they expected. Two of the largest companies that could be considered to be in that category are Trulia and Zillow. Many thought they would derail the traditional real estate agent - client relationship. Perhaps they themselves thought that at the early stages of their companies. If buyers and sellers simply had free access to information, they wouldn't need agents, would they? Well, it appears that in real estate, access to information is not the panacea that some may have thought. Zillow now compares itself to WebMD. Zillow CEO Spencer Rascoff recently said;

“You have as much information sometimes as the doctor, but you are still seeing the doctor because they are the expert.”

Now it's clear that, far from eliminating agents, their primary business is actually selling advertising...