Living in Intown Atlanta is Green

Today is Earth Day, which seems like a fitting day to discuss ways to "be Green".  Well, one of the simplest ways to do this is to live closer to the core of a city.  Yes, living Intown is Green, in several ways. 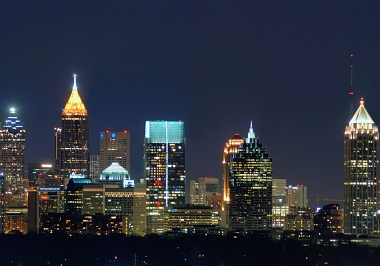 The most obvious reason is that urban sprawl leads to long daily commutes, which leads to more automobile exhaust.  Even though we make a living by putting people in our cars to show them properties for sale, our suburban friends are shocked out how few miles we put on our cars compared to theirs.  The fact is, the overwhelming majority of our trips are well within a 5-mile radius of home.

Though you might think that a green oasis should be just that, lush with greenery, Manhattan may be one of the greenest places in the country, as ironic as that may sound.  The carbon footprint of the average Manhattanite is thirty percent smaller than that of the average American.  With nearly two-thirds of the population walking, biking or riding mass transit to work, the rate of car ownership in Manhattan is the lowest in the country.

Of course, with Atlanta's limited mass transit system, it's hard to compare us with New York City.  However, if you live and work in Intown Atlanta you'll use your car less without even thinking about it.  We can walk to grocery stores and restaurants from our home.  Even if we decided to drive everywhere we went, everything is so close and convenient that we drive far fewer miles than our friends who live in the suburbs.

Also, large apartment or condo buildings are more efficient to heat and cool than single-family homes.  There are...

Well, we had a blast at last weekend's festivals, but there are still more to come.  This weekend brings us the Inman Park Festival.  A preview of the Inman Park Tour of Homes begins on Friday, while the festival proper is Saturday and Sunday.

Inman Park neighborhood in Intown Atlanta As in year's past, there will be live bands and entertainment under the tent on Euclid Avenue, in Delta Park and Poplar Circle.  Other popular attractions include the Dance Festival in the Trolley Barn as well as the Arts & Crafts Show / Street Market in various booths along the streets of Inman Park.

But the biggest draw of them all must be the parade, featuring a notorious selection of Atlanta’s craziest groups, including the the "Trash Monarch" and "Inman Park Precision Attaché Drill Team." After whetting your appetite on the Tour of Homes, be sure to come back and visit our Inman Park neighborhood page to see all the Inman Park homes for sale.  Hope to see you there! 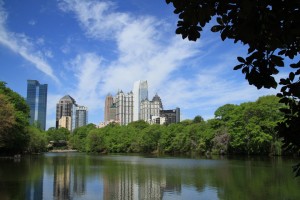