How much does experience matter when selling your home? According to a recent article in the Wall Street Journal, about 12% of the price of your home. In other words, experienced agents sell homes for an average of 12% more than rookie agents. The figure is based on a study by Bennie Waller, professor of finance and real estate at Longwood University in Farmville, Va. A "rookie" was defined as an agent with less than 2 years experience.  From the article: 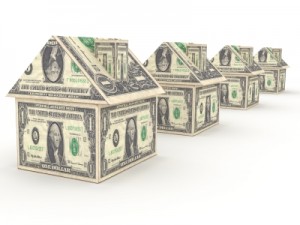 "The more experience you have, the more likely you are to sell the properties that you list, the more likely you are to sell it at a higher price and the less time it stays on the market," Prof. Waller says. Prof. Waller became interested in quantifying experience when he noticed an increasing number of agents who chose not to renew their licenses after two years. Real estate has "very, very, very low barriers to entry," he says. But brokers then face a steep learning curve and many struggle to reach a level of expertise that is profitable, he adds. Two-thirds of properties listed by veteran agents sold, while only half of properties listed by rookies did. That 12% works out to about $25,000 for an average home.  If your home value is above average, obviously that 12% can amount to much more money. Unless that amount of money doesn't matter to you, then it would certainly behoove you to consider your real estate agent's experience when selling your home. If you're considering selling, have an experienced agent complete an Comparative Market Analysis to determine how much your home is worth by ...

The rapid advancement of technology has impacted nearly every facet of our lives. As every child of the 80's knows, video killed the radio star. The music industry has seen much disruption since that song was released in 1979, from MTV to Napster to the iPod and now streaming services like Pandora and Spotify, the industry will never be the same. The internet has caused similar disruption in the travel and financial services industries, allowing consumers to shop and purchase travel tickets and securities without travel agents and stock brokers. So why hasn't the internet caused similar disruption in the residential real estate industry?

Well, it's not for lack of trying. Many companies have started with that intention, only to find that it's more difficult than they expected. Two of the largest companies that could be considered to be in that category are Trulia and Zillow. Many thought they would derail the traditional real estate agent - client relationship. Perhaps they themselves thought that at the early stages of their companies. If buyers and sellers simply had free access to information, they wouldn't need agents, would they? Well, it appears that in real estate, access to information is not the panacea that some may have thought. Zillow now compares itself to WebMD. Zillow CEO Spencer Rascoff recently said;

“You have as much information sometimes as the doctor, but you are still seeing the doctor because they are the expert.”

Now it's clear that, far from eliminating agents, their primary business is actually selling advertising...

Do-It-Yourself Home Buying? Three Ways it Can Cost You

Buying a home is one of the largest, most significant investments you will make in your lifetime. The decisions you make during the buying process are critical and will affect you long after the sale. There’s a lot at stake, but by relying on the experience of a real estate agent, you can eliminate much of the uncertainty and stress when buying a home. So, why do some buyers try to go it alone and buy without using an agent?

Misconception #1 “It will be easier and more convenient to have the agent who has the FOR SALE sign in the yard help me, rather than getting my own agent.”

The person who has the property listed (and who has placed the FOR SALE sign in the yard) is called a Listing Agent. The Listing Agent works for the seller and, by law, must act in the seller's best interest. Not yours. It’s the Listing Agent’s job to sell the home for as much money as possible and with terms that benefit the seller. Therefore, as a buyer, it typically isn’t advantageous to rely on the advice or counsel of the Listing Agent. Be leery of a Listing Agent who volunteers to represent both you and the seller. This is called Dual Agency - a complicated scenario requiring the Listing Agent’s loyalties to lie with both you and the seller simultaneously. Dual Agency is illegal in some states. An agent who represents buyers is called a Buyer’s Agent. It is the job of the Buyer’s Agent to help the buyer obtain his or her ideal home for the lowest price and best terms possible. A Buyer’s Agent works exclusively for you - the buyer - and has a legal fiduciary obligation to represent...