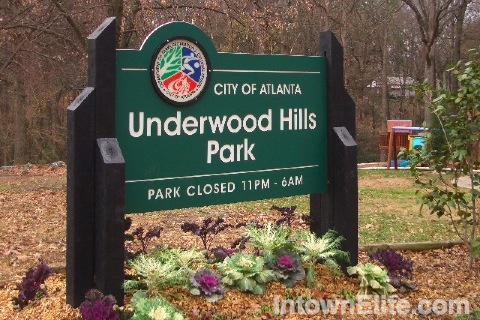 Underwood Hills is an Atlanta neighborhood on the southwestern edge of Buckhead. The area was planned as a neighborhood in the early 1900's, with building hitting its peak in the 1920's. The neighborhood cottages and bungalows were home to many employees of the Seaboard Coastline Railroad. Building continued through the mid and late 40's, but the neighborhood was later impacted heavily by the construction of I-75. The 70's and 80's were marked by zoning conflicts, as residents sought to maintain the charachter of the neighborhood in the face of increased development around it. The neighborhood has recently surged in popularity as the trend of moving closer intown became stronger.