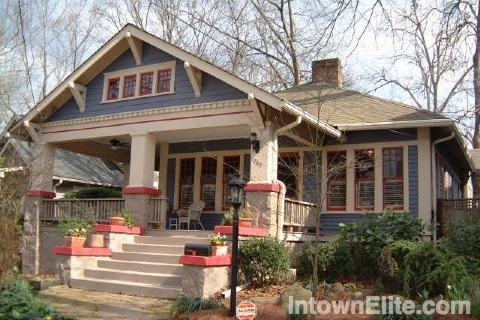 Listed on the National Register of Historic Places, Candler Park is one of Atlanta's first "suburbs". It was originally founded in 1890 as Edgewood. Later it became known as Candler Park, after Coca-Cola magnate Asa Griggs Candler donated the land for a new city park to bear his name. Residents of Canler Park enjoy close proximity to the clubs, pubs, stages, and shops of Little Five Points, as well as Candler Park's own eclectic collection of shops & restaraunts on McLendon. Candler Park is a family-friendly neighborhood with a focus on walkability and livability. Candler Park is east of Inman Park, west of Lake Claire, south of Druid Hills, and north of the neighborhood of Edgewood.