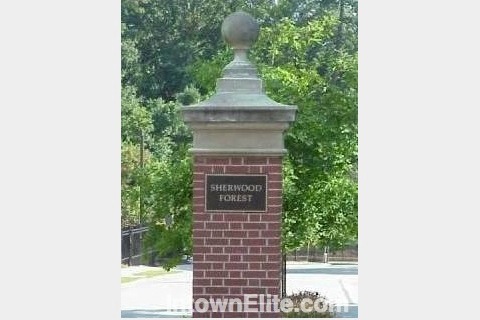 Sherwood Forest is a planned community in Intown Atlanta consisting primarily of ranch-style homes, many of which have been substantially renovated and expanded. In the early 1900's, heirs of the Collier family started selling parcels of their land inheritance. The first parcel sold became Ansley Park and the Ansley Golf Club. The last parcel sold became Sherwood Forest, founded in 1949 as Atlantas "poshest" post World Ward II neighborhood, according to developer Haas & Dodd. This sought-after neighborhood is bound by Beverly Rd on the south, I-85 and Buford Hwy on the north, Friar Tuck road and the Ansley golf course on the east and West Peachtree Road on the west.